At last year’s Royal Adelaide Show I had a couple of clients with their horses to attend to, and it was an eye opening experience to observe the mini- dramas of others unfolding around me as I worked. I wonder why there are so many complications in competing – the whole scenario was a comedy of errors.

Most of the problems seem to stem from measuring for the respective height classes, and it is my opinion that the whole traumatic situation could be avoided very simply by putting common sense back into the rule book for measuring.

Any competent horseman knows that if a pony or galloway or hack measures 3/8” to ½” over its currently dictated height it still doesn’t belong in the next height class, and any competent judge can see that. This lack of common sense latitude in the rule book causes huge problems all down the line, and ultimately they end up in the farrier’s lap.

These horses have been shod or trimmed comfortably and competed all season and qualified to get to a major show, then because of this archaic measuring system we farriers are expected to reduce their height by an extra ½” and still maintain their action and soundness – what a ridiculous situation.

The horse owner is forced to ask the farrier to fit ultra thin shoes for measuring then remove them and fit the correct shoes for showing – this double working of the horse’s fragile and sensitive hoof should not be allowed.

Countless owners and riders from local and interstate were pointing out that their horses had measured OK at competitions all year, but now suddenly they had been measured over height – surely not every measuring before was wrong. So why not go back to the rule book and update it to allow for good old fashioned horse sense in the measuring procedure.

Perhaps the powers that control the rules might seek the farrier’s view; they would then realise that nature controls the hoof growth rate, and it speeds up and slows down four times a year, so how can any horse or pony measure exactly the same all year? That is why there must be a tolerance regardless of shoes.

Curiosity got the better of me at the show and I decided to go check out the official measuring area. This area from the horse’s perspective is totally claustrophobic, outdated and suitable only for pit ponies. The majority of our show horses nowadays are very expensive and live in bright airy stables so when they enter this cramped measuring area they will naturally stand tall, as their flight instinct demands it.

With a rule book which must be obeyed and a tense horse it was no wonder that the line up of competitors was long and painfully slow, with up to a three hour wait. This would all disappear if the rules were up dated.

Then for completely different reasons, I had owners approach me after their horses were rejected for their required category because they exceeded the height. ‘I can’t understand it, it has always easily passed,’ one said. On checking the hooves for her, I found them too long in the toe and with a good 3/8” available to be removed. ‘But I only had him shod last week,’ was the next indignant comment. After cutting back and reshoeing this horse, they passed their height test with ease. But what had the farrier been thinking when he shod it last week? And who paid the bill?

While waiting for my clients to return so I could remove the shoes, I saw horse after horse standing cow-hocked and splay-footed. Also, many were shod with thick, heavy working shoes that were invariably far too heavy for the framework of the horse wearing them. Horses in competition need the advantage of light shoes to enable them to move lightly and increase agility. I saw show jumpers still shod with flat shoes that have no grip compared to modern concave shoes. It is the old comparison of a ballerina wearing working boots to dance Swan Lake.

I was asked to inspect yet another horse that had come up sore after shoeing. The farrier had cut back too hard, and the hoof wall had then separated and abscessed – traumatic for both horse and owner at such a critical time. Fortunately I was able to poultice the hoof and reconstruct the hoof wall and all was sound in time for the event two days later.

I had one woman tell me that I needed to leave her horse long in the toe ‘as he is always shod like that.’ I asked if the horse had any problems – ‘Oh yes, he abscesses at the heel all the time, and we are always getting the vet as he has shoulder problems.’ This horse had no shoulder problem; his problem was poor shoeing through being left too long in the toe. I reshod him all round while she waited in trepidation. After the first shoe, she was already amazed – she could see the difference, and his altered movement after reshoeing had her beaming. 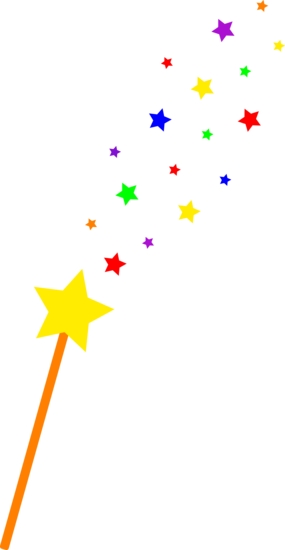 So after setting out for an anticipated three hours at the show, I ended up being there for two days until 8pm and I could have worked around the clock if I had felt so inclined.

For many events, after a horse is measured, the shoes can be removed. Unfortunately, only about 1% of owners can remove a shoe yet it should be a requirement of being an owner. A twisted shoe can result in a nasty hoof injury, and nails can puncture the hoof. A farrier is not always available, and most won’t work out of hours.

It would seem that the standards for presentation of juvenile colts and fillies also need to be looked into; one breeder insisted his yearling Clydesdales had to be shod to keep up with all the other competitors, which were shod. Whoever started this fashion should be banished to Siberia; shoeing such immature hooves is ridiculously unnecessary. I have trimmed these youngsters since birth and they have perfect shape and alignment with a natural bare hoof and that is how they should be presented to the judge. If the judge is serious, any juvenile horse wearing shoes should be asked to leave the ring.

I realise that it may be difficult to change the standard of our measuring system, so let’s all give it some thought for the good of the horse and the sport.